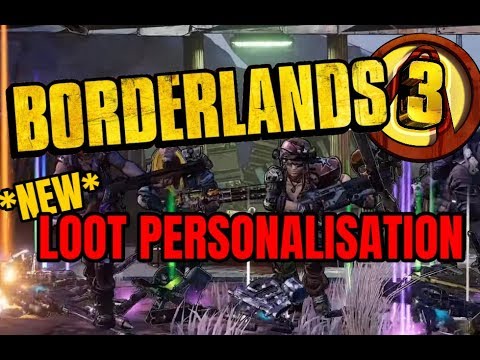 Borderlands 3 is a loot-driven first-person shooter. Players, either playing alone or in parties up to four people, make a character from one of four classes available, and take on various missions given out by non-playable characters (NPCs) and at bounty boards to gain experience, in-game monetary rewards, and reward items. Players can also gain these items by defeating enemies throughout the game. As the player gains level, they gain skills points to allocate across a skill tree. The game introduces four new playable characters: Amara, a “Siren” who summons ethereal fists; Moze, a young “Gunner” who rides the mecha Iron Bear; Zane, an “Operative” with a variety of gadgets; and FL4K, a robot “Beastmaster” who summons creatures to aid in fights.[3] Unlike previous Borderlands games where each character had only one unique skill that operates on a cooldown, each character in the new game can unlock three unique skills, though only one (or in Zane’s case, two) can be equipped at a time, greatly expanding the number of potential character builds a player can make.

Borderlands 3 – How To Change Personalized Loot