Catch up on the Borderlands 3 E3 Reveals! 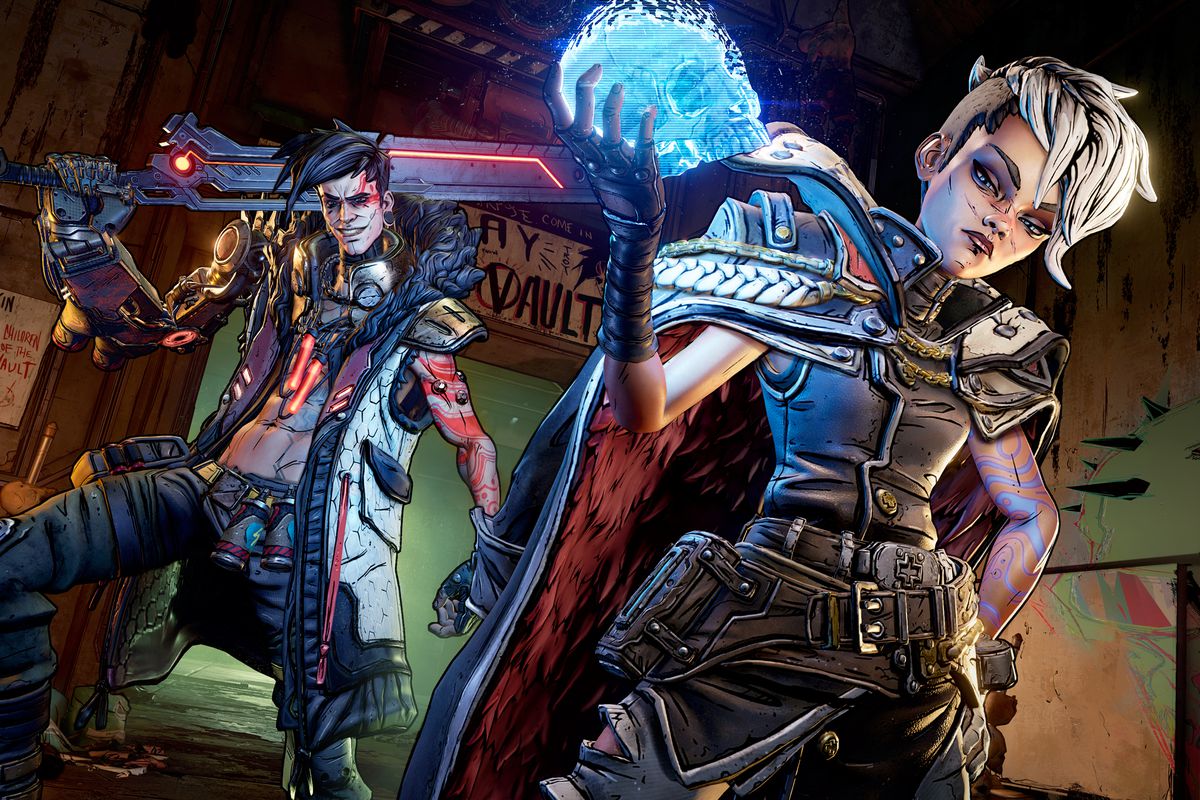 Catch up on the Borderlands 3 E3 Reveals!

Visitors to the lively Borderlands 3 booth at the recent Electronic Entertainment Expo (E3) in Los Angeles were among the first to play through a demo as Moze and were also invited to attend a theater presentation detailing previously unseen game features. For the benefit of those of you who weren’t fortunate enough to attend, here’s a quick rundown of what was shown:

Moze Skill Trees
Where other Vault Hunters unlock and augment action skills, Moze unlocks and augments Hardpoints – weapons mounted on her Iron Bear mech that you can customize according to your playstyle. Spec into Moze’s Demolition Woman tree, for example, and you can deal extra damage when using hardpoint-mounted grenade launchers and rocket launchers.

Put your points into the Shield of Retribution tree on the other hand, and a risk-reward factor kicks in whereby you have more powerful shields but fight more ferociously when your health is low. The hardpoint weapons on this tree include a powerful and pinpoint accurate rail gun that has a relatively long cooldown, and the Iron Bear fist, which punches for a lot of damage and can be augmented to reach out and grab enemies.

Moze’s third skill tree, Bottomless Mags, is for those of you who love shooting but loathe reloading. Passive skills allow you to regenerate bullets on the fly, and because the first hardpoint weapon on this tree is a minigun that can overheat, you can augment it so that it does more damage as it heats up. The second hardpoint here is a flamethrower; that works best when it’s hot too.

Note that Moze can mix and match any two hardpoints across any of her three skill trees. For example, you can equip Iron Bear fist from the Shield of Retribution tree on one arm and the Flamethrower from the Bottomless Mags tree in the other.

Eden-6
You might’ve caught glimpses of Eden-6 before; it’s a backwater swampland of a planet covered with lush greenery, dotted with the hulks of crashed spaceships, and home to the Jakobs clan. During the theater presentation, attendees were afforded a first look at the spacious interior of the Jakobs family mansion and introduced to two of the planet’s indigenous species: the dinosaur-like Saurians and the smart-enough-to-use-guns Jabbers.

Vault Hunter Customizations
We showed a lot of sweet customization options for Vault Hunters during the theater presentation. Custom heads and skins that you unlock through gameplay aren’t new to the Borderlands franchise, but in Borderlands 3 you can further customize your Vault Hunters by changing the colors of their outfits and equipping various emotes.

Dynamic Missions
Along with the expected assortment of story and side missions, the in-game bounty board aboard Sanctuary III will occasionally feature dynamic missions that are generated as a result of things that your friends have done or enemies they have encountered in their personal playthrough. For example, if one of your friends spots an especially rare creature that doesn’t appear in every playthrough, you might be offered a mission to hunt it.

Weapon Customizations
You’ve likely already heard that Borderlands 3 features a lot of weapons – over a billion at last count. Did you know that in Borderlands 3 you can customize the cosmetic appearance of those weapons though? Below is just a small selection of the global weapon skins that can be added to every gun in the game.

Echo Log
When checking your friends list in Borderlands 3 you can see the last Vault Hunter they played with and even take a look at which skill trees they’ve been spending their skill points in and which weapons they’re using. Will their chosen abilities synergize well with yours? Are they packing enough firepower to get the job done? Could you help them out in a huge way by donating an item that you no longer need? Or maybe you just need to satisfy your ego and check that your guns are still bigger than their guns. Regardless of your intentions, we got you.

Mail System
Got a favorite Legendary gun that’s no longer able to keep up with the enemy-killing demands of your leveling-up lifestyle? What to do with that gun is a decision that only you can make, but with the Borderlands 3 mail system we’ve made the most heartwarming of your options—passing it on to a friend who can put it to good use— easier than ever.

Vending Machines
We know vending machines aren’t new, and we know you’ve been using them to buy and sell loot since the first Borderlands. The vending machines in Borderlands 3 have benefitted from some sweet upgrades though, one of which occasionally adds choice guns that your friends have sold for cash to their inventory so you can buy them. Friends too cheap to give you their Legendary castoffs? This’ll show em!

Stay tuned for more exciting Borderlands 3 updates in the coming weeks and months. Oh, and in case you haven’t already, be sure to get a head start on building your Borderlands 3 arsenal by joining the Vault Insider Program and claiming your Welcome Pack.