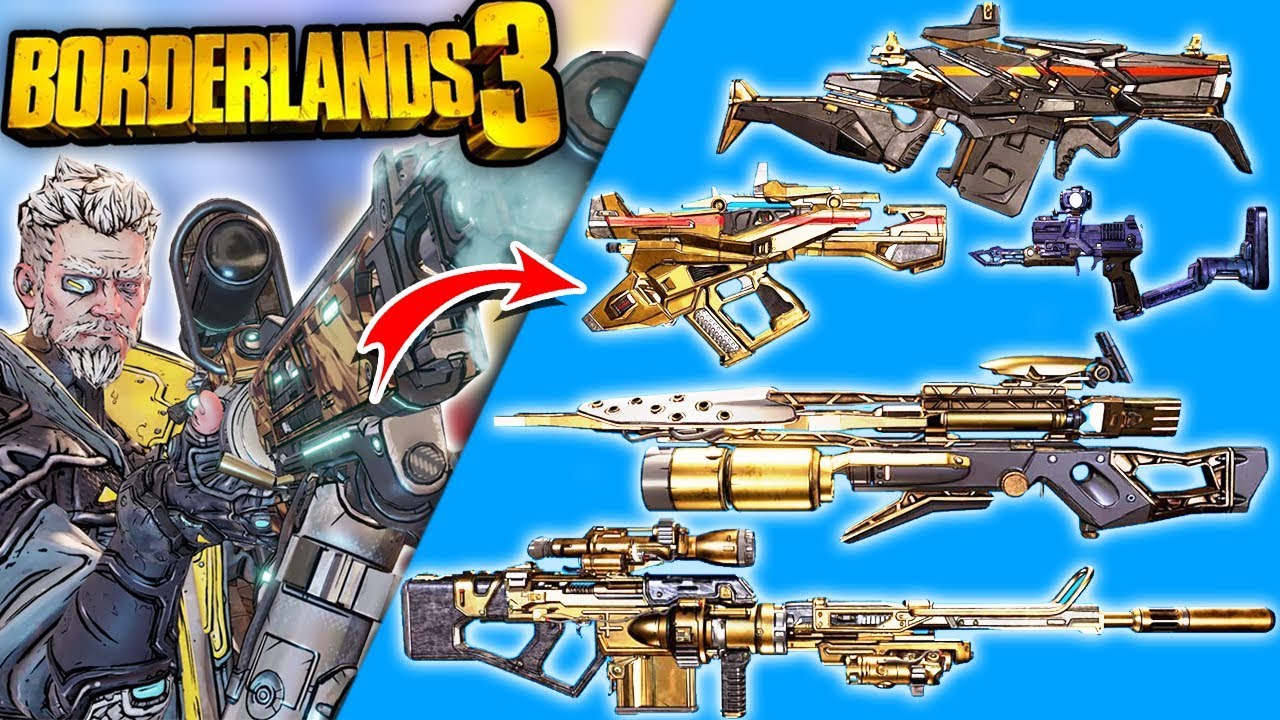 There are over one billion guns in Borderlands 3, and every fight is an opportunity to add to your arsenal. Some guns launch exploding sawblades, some never need to be reloaded, others grow legs and pursue enemies on foot when you throw them. Having trouble choosing? Rarity ratings and item scores make it easy to compare the power of your pickups at a glance, but you can also tell a lot about a weapon and its functionality based on its manufacturer. Check out the manufacturer details below: Jacobs
Deliver devastating critical hits to enemies’ soft-and-sensitives, then joy-puke as your bullets ricochet towards other targets. Torgue
Switch between regular and sticky-projectile fire modes. Stickies do more damage if a bunch of them detonate on the same target. Atlas
Step 1: Hit your enemies with tracker tags. Step 2: Unleash a hail of Smart Bullets that track towards your targets. Step 3: Loot! Tediore
Toss your gun like a grenade to reload, then watch it pursue a nearby enemy as a fully loaded version digistructs in your hand. Dahl
Toggle between alternate fire modes depending on your play style, your predicament, and your predilection for bonus damage. Hyperian
Aim down the sights to take cover behind your weapon-mounted shield and keep your finger on the trigger for increased accuracy. Maliwan
Toggle between two elements, charge your weapon, and deal guaranteed elemental damage with your finger glued to the trigger. Borderlands 3: All New WEAPONS Manufacturers
How Each Type Weapon Works you can see in the video bellow: